What does your Character Represent?

When you answer this question, you hesitate. What does this character represent? Why am I writing this character this way? I will have to confess that coming up with a theme of your character is tricky, but I believe a well-developed character grows when they have a theme. Ichigo Kurosaki from Bleach – his theme was to protect. He wanted to protect a mountain load of people after his mother died protecting him. It is an important note of him throughout the series, his downfall, however was the ending when his character was literally trashed to the point of no return. 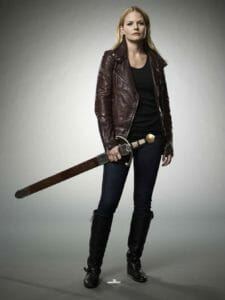 Emma Swan from Once Upon a Time – as one of my favourite characters, I couldn’t not include her. Her theme is about being the saviour, the product of True Love (A.K.A the daughter of Snow White and Prince Charming). She starts off as a lost girl, an orphan who believed that no one could love her. As the seasons go on, she finds her parents, reunites with her son that she sent away and the love of her life. This allows her to grow into her theme, which falls into hope. Hope that could grant the happy endings.

A theme of a character can tell us so much about them. It could range from anything – from their name, unique marks, personality traits and even their thoughts. We can see their problems and their complications through the story, especially following with the ‘show don’t tell’ rule. It brings out their relationship with other characters that we probably wouldn’t see for others.

By showing us the representation, this can also help the reader identify with the characters. I believe that many people feel inspired when the main character is played by someone who the audience can connect to. It was the reason why Wonder Woman became a massive success; it most likely helped a lot of young girls find the strength to do the right thing.

When creating a theme for your character, my advice would be for you to look at your character truly. Learn about them. Just because you created by them it doesn’t mean you know them. They have different experiences than you and me – unless, the story is about yourself then that’s a different conversation.

I would love to see all writers to create a theme of their characters, to help support someone for when they need a helping hand.

Struggling with the Cursed Writer’s Block?