So Much for a Decent Ending

How I met your Mother.
Bleach.
True Blood.
The Originals.
Once Upon a Time.

What do these shows and books have in common?

Truth be told, I can’t recall when these bad endings began. Maybe How I met your Mother was the show to start the domino effect, maybe all stories had bad endings and I didn’t realise until then, maybe writers just run out of ideas and just want the story out of the house like the old milk in the fridge.

While this is a blog about writing. This is also a blog that would help you realise that writing also has these terrible endings. I’m not just talking about the Harry Potter series where Lord Voldemort dies and following a time skip with the next gen (Okay I don’t have the best memory of the series if this isn’t what happens then I should be corrected.)

Having reaching the end of The Sacred Stone, I tried my best to close the many questions that were left behind. With my burnout, I decided that instead of having six books, I would work with four and gave it an ending that worked with the fourth book. Ending the book was like running a marathon, so close to the finish line, but questioning if I had the willpower to make it. But I finished it, just before Christmas.

I felt like my endings would be different to someone else’s ideal ending. So feel free to follow my advice, but I do hope there are other ideas you can share.
Disclaimer: Many shows and books I put on this post were referred to me by either Goodreads or by personal choice. Please proceed with caution as you may get into spoiler territory for Avengers Infinity war, Krampus, Lost, The Handmaid’s Tale, Hachiko (despite it being a true story), the Maze Runner and most importantly…
Shrek.

As these are all examples included.

– A happy ending – some people like this, others not so much. It also depends what kind of story is being written here. Possible spoiler, but my story won’t have the happiest ending but I do intend of giving the characters something good to achieve. They earn it after the crap I put them through. A happy ending could be the easiest one, because the mess is over – just like that. (I use Shrek as an example, because this movie and soul is amazing and wish I could erase my memories of this movie just to watch again)

– A bittersweet ending – this is my preferred ending. Don’t get me wrong, I love a happy ending but I don’t want everything perfect. I want the storyline resolved so let’s say this may possible be the ending for A Song of Ice and Fire (Book series, not show series). A character will live but they will look at everything at question if their actions were worth it. (Hint – I don’t think this would be Cersei’s ending… Just saying) But another example, Krampus and while I haven’t read or seen the book and movie – I know the ending. – Endings where the villains win – Speaking of Cersei, this could be the ending that is so rare that it’s sometimes thrilling. If she is the one that comes out alive, then this would be the ideal ending for her. While I’ve never read a novel where that antagonists win, but think of it this way. In Legend of Zelda Ocarina of Time, Link has to defeat Ganondorf to stop him from gaining the power to rule Hyrule, however Link dies during or before the final battle and Ganon wins. While technically we never see this happening in the game, this created the timelines from Legend of Zelda. But I could only imagine how this would’ve played out? I wish we got a short film based on that. Infinity War was also an example of the villain winning, Thanos was the victor and he succeeded in his goal. He was also the Protagonist of Infinity war, who actually succeeded in an alternate timeline in the comics. – Sad endings – ever heard of Hachiko? No? I suggest you watch the movie or read the book. It’s about an Akita Inu, so you know how dog movies end. Based on a true story – this is an ending that makes me hate the world. Best movie though. – Open Endings – I also like open endings. This kind of ending would be more for authors who don’t want to upset fans from pairings to solo novels. It’s up to us to decide how the story ends. – It was just a dream ending – very anti-climatic, I wouldn’t say this is my kind of ending. I find it very bad, however it can be pulled off if done correctly. Inception was one of the movies that did it, but they also pulled off the open ending. Was it still a dream or was it reality? But I thought the ‘dream’ ending was an ending that should be noted. Not because it’s a decent ending but because it’s very important that if you stick with this ending then you’re in for a storm. 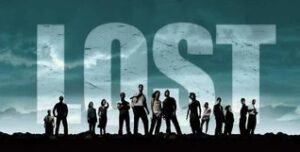 (I actually couldn’t find good book examples, but I’m going to use everyone’s example and go with Lost)

– Cliffhanging endings – Depending on the kind of novel you’re doing. If you’re doing this to a series, then I’m fine but if you’re doing this in a solo novel then as a reader, I will hate you. No joke. However if you do the cliffhanger along with the open ending, then you will most likely have a better ending. I’m sure there are many more that I’m missing, knowing that the few endings will hopefully encourage future writers to go with a decent ending. Just because there are some endings that I as a reader will dislike, it doesn’t mean it will be bad for your story. Remember, plan your work carefully, try to answer every question you have, take your time – try not to rush your ending and I believe you’ll be fine.